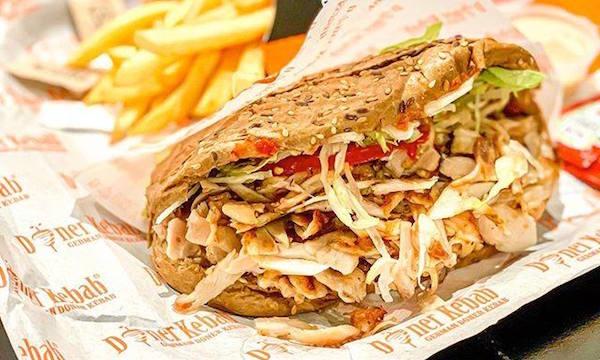 Global CEO Imram Sayeed also shared his reasoning why they remained in operation during the shutdown and why it paid dividends.

German Doner Kebab’s (GDK) expansion plan of having 350 franchise units in the next seven years could involve smaller formats and technology-driven drive-thrus, as it builds on positive growth despite restrictions during the past months.

“Typically, our assets are about 2,000 to 3,000 square feet because we do a very heavy dine-in (format). But since the business has shifted in the last 120 days, we are now coming to a point that we need to look at smaller assets where we can put in on-the-go, quick takeaway and limited seating options. to support local communities. We can pop in stores in certain areas where we have problems or access to prime real estate,” global CEO Imran Sayeed revealed to QSR Media in an exclusive interview.

Additionally GDK are also looking to introduce Drive-thru restaurants. Whilst in its prototype stage, Sayeed describes the concept as “state-of-the-art” and technology-based. He expects the first concept to go live in London in the next six to eight months, seeing it as a potential blueprint to replicate across markets, especially for North America.

“We'll be looking at all aspects. From the internal layout to outside across the drive-thru pad,” he said. “If we can make this thing work in the UK and make it a true success then I can copy and paste that model across all our network.”

During the shutdown, the fast casual chain remained open for delivery - partnering with Deliveroo, Uber Eats and Just Eat - and takeaway, as opposed to those chains that decided to temporarily close their stores.

Staying open did pay dividends, with the chain recording double-digit growth in like-for-likes and transactions year-on-year. He explained that GDK’s on-premise consumers shifted to their off-premise channels. Staying open, enabled the brand to capture a new audience that had not previously used the brand.

“One of the directions that I gave to my team was to stand behind our community and support - either local communities, our NHS. We just need to stay open. And we stayed the course,” Sayeed said. “It worked and our communities acknowledged it and as a consequence, demand, has grown enormously.”

Prior to the pandemic, 65% of GDK sales were from dine-in and takeaway. Whilst acknowledging some impact of commissions from the delivery aggregators, Sayeed recognised that it was a “paradigm shift” that they needed to take part in.

“Delivery was the only option that was available to service our consumers out there...but at the end of the day, we did record sales in our organisation,” he said. “It’s the cost of doing business, what can you do?”

In terms of partnering with platforms for dark or cloud kitchens, Sayeed said it is “on their radar.”

“We are still in the process of evaluating it. I’m not saying it’s a no. Yes, we are open. We’re working with the portals at the moment to see if we can find unit economics that are favourable to our P&L (profit and loss),” he said. “But...if our franchisees are not going to be able to make money because of the commission rates, it’s going to be impossible to do.”

At this stage, GDK stands at 41 outlets, with now-socially-distanced restaurants operated by multi-unit franchise owners. All corporate staff were retained, whilst the majority of franchisees were able to keep 90-95% of their staff.

Sayeed projects to have around 10 - 12 sites between July and December, banking on franchisees to be “tremendously gung ho” to expand in 2021.

“I'm crossing my fingers here, but I do expect one opening a week next year, depending on how this coronavirus pans out,” he said. “If I keep in mind the challenges, we’ll probably open around 35 to 40 stores next year conservatively.” Their search for a project management head is also drawing to close, with five candidates in the running.

GDK, whilst seeing a surge in their lunch, dinner and late-night dinner segments, is also exploring the breakfast segment, having plans to launch a breakfast option with “smart, on-the-go” products.

Sayeed attributes much of the gained momentum to the team dealing with their “aggressive” supply chain, which took note of coronavirus-related developments across the world and ensured ingredients weren’t going to be a concern.

“They took a very proactive approach and safeguarded our interest. It’s extremely important to recognise and thank our partners for their commitment during these unprecedented times, they are firmly on the journey with us as we forge ahead and grow the most exciting fast-casual brand of the future,” Sayeed said