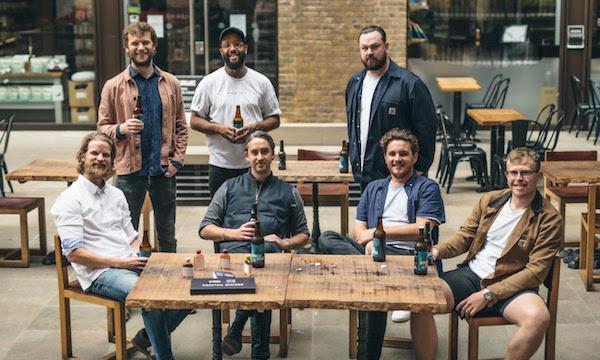 EXCLUSIVE: How Restaurant Kits wants to change the way people interact with restaurants

CEO Edward Alun-Jones reveals more details about their planned subscription service, and elaborates on how they support restaurants amidst a tough environment.

The restrictions induced by the COVID-19 pandemic has forced the industry to reshape what the restaurant experience looks like. Off-premise and touchless tech - innovations once considered just helpful assets suddenly became a mandatory means to survive.

For one business in particular - there’s also an opportunity for restaurants to bring their dine-in experience to customers at home.

The concept is the brainchild of Mac & Wild co-founders Andy Waugh and Calum Mackinnon and Edward Alun-Jones, the hospitality technology entrepreneur behind Orderu.

Customers can easily order the kits they prefer via the website, which promises a 48-hour delivery period. In an exclusive interview with QSR Media, Alun-Jones revealed its plans to integrate a subscription service will its highlight seasonal menus.

The brand has already started with an array of festive recipe boxes this month, which comes with video cookery tutorials to help families, friends and colleagues alike. Free live cook-alongs will be available every week with private live cook-alongs also available for larger groups, such as virtual office Christmas parties.

“January will be a selection of vegan and vegetarian kits. And then February [will consist of] Valentine's kits. That freshness is the key to keeping the consumer interested,” he said.

Restaurant Kits differentiates itself from other meal kit companies by offering premium products and by being “an experiential piece,” Alun-Jones explained. Aside from the premium items, customers can also participate in regular live cook-alongs with the chefs involved in their platform, which have started this month.

“We fundamentally believe that this changes the way that people interact with restaurants. You get to know the suppliers...you can watch a video from Andy [Waugh] teaching you how to cloche a burger specifically as they would in the restaurant so you're actually connecting with that restaurant on a much deeper level,” he said. “We’re not heat-at-home.”

Developing the kits themselves already reflect the company’s meticulous approach. Alun-Jones and his peers would initially work with a restaurant on recipe development, before having succeeding discussions on what kits would fare better and how the food for the kits will be procured.

“We've got a huge amount of data on the kits that work and kits that don't work. We've gone through quite a few iterations with different brands so we share that learning with the restaurants and just say, ‘Listen, you know, this is the best way to create and sell kits and maximize, sales.’”

For their service, Restaurant Kits takes a 10% commission and restaurant partners are usually left with up to 25% net profit.

Those seriously considering meal kits as another revenue channel need to consider their pricing and how it would highlight one’s brand, Alun-Jones also explained.

On partnerships with restaurants, Alun-Jones said the platform is open from high street food vendors to Michelin-starred concepts, provided they are “iconic in their zone” and fit with their new seasonal approach to the kits.

“We are very, very selective with the brands we work with. There are bottlenecks that prevent this being a kind of mass explosion, but [those are] ones we're working to remove as quickly as we can.”

But about QSRs? Alun-Jones said the company is already talking to “a larger number” of chains about potential arrangements.

“As long as they fit the quality benchmark and they buy into the fact that we're trying to create seasonal, varied kits, then we would onboard the best chains to let them produce kits. I think it's a super attractive option for them,” he explained, arguing that partnering with them will not demand a significant investment.

“But we'll never lose sight of what we want to do, which is to help slightly smaller hospitality [concepts].”