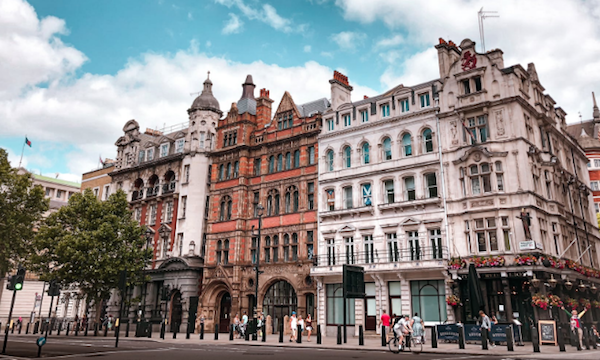 Analysts say the move may pose a heavier economic cost compared to the first one in March.

The UK's quick service and fast casual restaurant industry is bracing for the expected impact of the second national lockdown for England recently announced by Prime Minister Boris Johnson.

The announced restrictions will see pubs, restaurants, gyms and non-essential shops to close for four weeks from 5 November. Johnson explained the lockdown was done to prevent a "medical and moral disaster" for the country’s NHS.

McDonald’s, one of the country’s largest QSRs by store network, said it will remain open for takeaway, drive-thru and McDelivery via Uber Eats and Just Eat. Other major chains such as Pret A Manger also quickly announced their availability via off-premise channels.

“We remain committed to enabling our people to come to work safely whilst we continue to serve the communities in which we operate. In some restaurants, our operating hours and services may vary. As always, we will keep you updated via the My McDonald’s App and our website,” McDonald’s UK & Ireland CEO Paul Pomroy said in a statement.

“This lockdown, we’re not going anywhere,” Pret said in a newsletter update. “We’ll be here for your morning pick-me-ups, WFH (work-from-home) lunches and everything in between. From Thursday, you can still pop by our shops for a takeaway or order your freshly made favourites for delivery.”

Aside from updating customers about changes to their operations, some QSRs took to social media to relay messages of support.

One notable case is Burger King, who encouraged Brits to buy from rivals McDonald’s, KFC, Greggs and other chains through a Facebook post, which now has almost 100,000 reactions and about 48,000 shares as of press time.

“We never thought we’d be asking you to do this, but restaurants employing thousands of staff really need your support at the moment,” the chain said in its online statement.

Ahead of the lockdown, various chefs and restaurateurs from London experienced an influx of bookings.

“We saw a surge in bookings across the board on Sunday with bookings up 25% from the Sunday before. People are definitely looking to make the most of the few days we have left which is brilliant,” Jack, chef director of Rick Stein Group, said in a statement.

“We were practically fully booked before the announcement, and fully booked every Friday and Saturday night until January 2021! We're lucky that locals were never fearful of dining with us - and were keen to visit us as we only opened our doors in July 2020. We have people calling for cancellations and a long waiting list - phone has been going off the hook,” Arantxa Fuentes, co-founder of Pluma, Amersham Buckinghamshire, said.

“Despite the ‘proposed’ limited time period of four weeks, the list of closures and redundancies will increase dramatically. Four weeks is just too long to endure but it may have to be even longer,” he said in an update.

Trade body UK Hospitality said the cost of the second lockdown will be “even heavier” than the one in March.

“The sector was hit hardest and first, and this recent shutdown will hurt for months and years to come. The extension of furlough for a further month does help to protect our workforce during this difficult time,” it said in a statement.

“If hospitality, the sector that is our country’s third largest employer, is to survive and help drive economic recovery, it will need equivalent – or more – support than that of the first lockdown.”