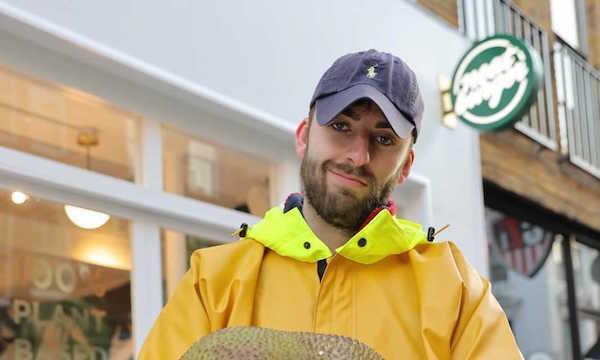 Co-founder Zack Bishti talks to QSR Media about their approach to product development, expansion plans, and why cloud or satellite kitchens are here to stay.

"Brick-and-mortar (stores are) never going to die, but I think brands just need to be prepared to have satellite kitchens that they can turn on and off quickly," co-founder Zack Bishti told QSR Media.

Currently, the plant-based burger chain - which names Formula One World Champion Lewis Hamilton as one of its main backers, operates four of these: one in Shepherd's Bush, one in Battersea and two in central London, Bishti said. He notes the sites are a "great way to test the brand."

"We're keen on operating more," he added, explaining that he uses their physical stores as such "when they're not trading."

Neat Burger opened its first site in September 2019, just off Regent Street in London, and was able to proceed with its second and third dine-in outlets at Camden Market and Soho last year despite the difficulties presented by COVID-19.

“We were lucky enough that we were a small brand; we could be nimble and react quickly,” he said.

Bishti confirmed that their domestic expansion drive will consist of outlets in Victoria, Canary Wharf and three other locations in central London, the City and a shopping centre.

"I’m pretty bullish and have long-term faith...it’s a great time to build," he said. "If you have confidence to push ahead, there’s a lot of opportunity."

Neat Burger recently launched its Filet-no-Fish burger, made from sustainably sourced jackfruit, which is gaining popularity as a plant-based alternative. The faux-fish patty, created by jackfruit-based meat alternative producer Jack & Bry, is cooked in crispy breadcrumbs on a soft, flour bun, with tartare sauce lettuce. It is also sold at Neat Burger stores as a bowl option.

“We found jackfruit stood out the best for fish...they mixed in seaweed extract and it blew us away," Bishti explained.

The executive also considered Neat Burger's approach to product development as one of their strongest pillars, considering a growing flexitarian market.

"A lot of vegan brands shout about everything that they weren't or what they do not have in the(ir products) and I think we came from a different angle," he surmised.

Looking ahead, he expects the products in the plant-based space to evolve further.

"The products are getting to a stage where there is no compromise for people, I think was the big trade off initially...that's out the window now."

"We’re excited to try it; it's new to us. We've done some beta testing and are looking forward to seeing how it works when we roll it out initially," he said.