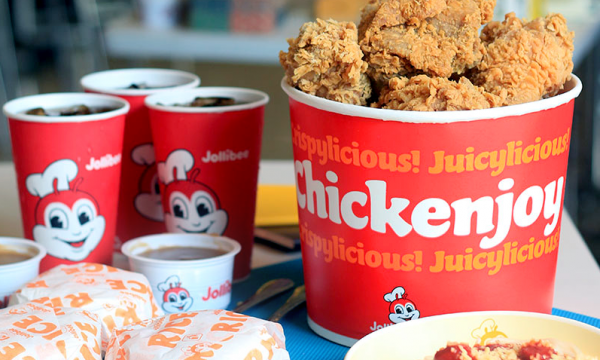 The chain has been ramping up its international presence.

Philippine fast food chain Jollibee is planning to open 10 new restaurants in the UK this year as part of a £30 million expansion drive, the Financial Times first reported.

The chain, which currently operates three sites in London, Liverpool and Leicester respectively, said it wants to be in “every major city in the UK”. In a 2018 interview with QSR Media, Jollibee described the UK as a “key market” in its goal to be part of the top chains globally.

Last year, it expressed plans to open 50 restaurants across the UK in the next three to five years​​, as well as grow its presence in Italy, Spain and other European markets.

Jollibee said it intends to spend £20 million in Europe. The brand is expected to open a new flagship UK site in London's Leicester Square​​ in May, after lockdown restrictions on restaurants are lifted, with another nine sites expected to launch before the end of the year.

“Jollibee is dedicated to growing the brand here in the UK and across Europe. Investing £50 million proves our commitment to become a major player in the quick service industry here. We adapted our approach to appeal to a young British demographic which meant building a premium, inviting space with a touch of our distinctive Asian heritage. The pandemic may have been a setback, but it will not deter us from pursuing our vision for Jollibee in the UK and the rest of Europe," said Dennis Flores, President, Regional Business Head (Europe, Middle East, Asia, Australia) for Jollibee.