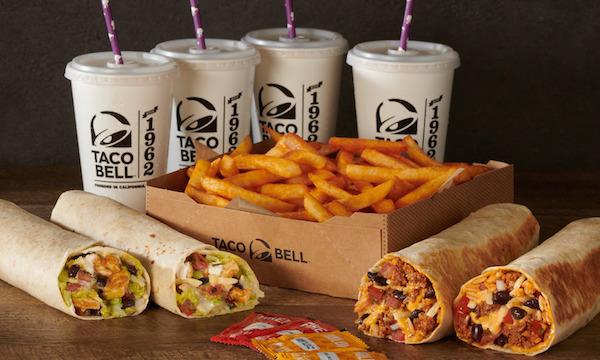 This is also the chain’s first digital restaurant outside of the US.

Taco Bell has opened its first digital-only restaurant Wembley, the first of its kind outside of the US, and marks the brand’s 50th UK restaurant opening.

Customers will be only be able to order in advance via the Taco Bell app, website or third-party delivery platform or use the digital kiosks in-store to takeaway.

Taco Bell added it will be inviting local customers via Facebook Marketplace (running 48 hours from 1 December), aimed to entice fans to search for Taco Bell Bags containing prizes worth up to £50.

The Wembley restaurant will be the seventh store in London alone with sites already in Hammersmith, Fulham, Wimbledon, Harrow, Bloomsbury and Croydon.

“We’re delighted to be able to bring Taco Bell to Wembley.” said Lucy Dee, UK Marketing Lead at Taco Bell. “London has been crying out for more Taco Bells and we’re very pleased to be able to deliver; creating local jobs despite challenging circumstances.”

A spokesperson elaborated in the move, telling QSR Media that Wembley was chosen due to its proximity to the location's arena, but also the "lively" local area. "We are currently exploring other store designs to fit with the current climate," the spokesperson added.