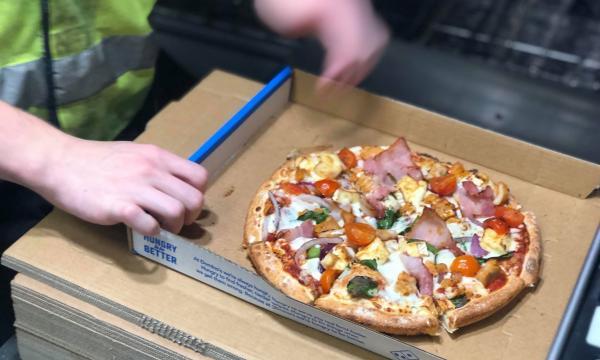 It reported a 74% fall in first-half profit due to coronavirus costs.

The operator of Domino's in Turkey and Russia said its overall sales in the first 10 months of 2020 increased by 11.8%, driven by a recovery in both markets in September-October.

DP Eurasia, which reported a 74% fall in first-half core profit in September due to coronavirus costs, has been relying more heavily on online delivery.

Group sales at its corporate and franchise-owned stores in January to October rose to 853.1 million Turkish lira (83.25 million pounds), with growth of 23.3% in Turkey and a decline of 8.7% in Russia.

In September-October, Turkey posted a like-for-like sales growth rate of 43.4%. In Russia, sales fell 6.4% in September and 2.2% in October, compared with a fall of 10.9% in July-August and a 30% decline during Moscow’s spring lockdown.

“Digital continues to be the main driver of the business as our channel mix has tilted more towards delivery due to the pandemic, reflecting broader shifts toward online consumerism,” chief executive officer Aslan Saranga said in an update.

Online ordering, as a percentage of delivery, reached 75.2% in October, an increase of 6.5 percentage points over the last twelve months.

The London-listed pizza company also said it opened 10 stores overall in 2020, with a further 16 leases signed in Turkey, offsetting 14 and 13 store closures in Turkey and Russia respectively.