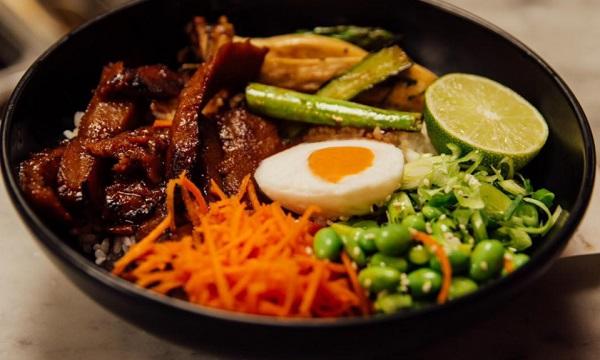 The Pan-Asian restaurant chain takes another crack at the steady rise of veganism.

Over the past few years, veganism, which was once regarded as the ‘extremist’ version of vegetarianism, has become a global trend in the food industry. Through technological breakthroughs by plant-based food companies such as Beyond Meat and Impossible Foods, coupled with the growing demand for more sustainable, more ethical meat alternatives, the movement is taking the global QSR industry by storm.

Innovators at Wagamama are taking heed. Building on the vegetarian and vegan menu it introduced in the latter half of 2017, Wagamama unveiled a full English vegan breakfast range last February, which included plant-based ingredients like maple seitan ‘bacon’, beetroot and seitan sausages, and scrambled turmeric tofu.

“We truly believe in championing plant based eating. Meat free should not mean taste free. Rather than simply modifying existing dishes to make them vegan, we want to continually innovate in this area. We have a responsibility to keep introducing vegan items to the menu with sustainable eating become increasingly important,” Wagamama executive chef Steve Mangleshot said.

“We loved the fact that the egg added a new dimension of flavour to the overall dish and was not a ‘gimmick’. With the expertise of Gaz I think we’ve created a truly unique and delicious offering. We’ve had increasing demand for vegan dishes from our customers over recent years and love to explore innovative methods of delivering these in new and exciting ways. Gaz’s ethos and dedication to passion for creating flavour meant he was the perfect choice for our collab”.

According to Wagamama, the white of the egg is made by combining ingredients in a bowl then thickening over the stove. This mixture is poured into an ‘egg mould’ and this egg mould is then set in the fridge for a couple hours. Once set, the chefs use a melon baller to dissect the ‘yolk hole’, once a hole is made, and just before serving, the chef squeezes sriracha mayonnaise into the yolk hole producing the stunning vegan egg.

Oakley said that the egg is not intended to taste like real eggs but rather flavoured with coconut, lemongrass and sriracha mayo to complement the rest of the dish. The vegan egg contains 43 kilocalories, approximately the same number in a real egg.

The ‘Avant-Gard’n’ is wagamama’s second collaboration in the Noodle Collab series bringing together trailblazing vegan chef Gaz Oakley and executive chef Steve Mangleshot. Noodle Lab is an open test kitchen for wagamama where the public are asked to give feedback on new dishes to help them decide what goes forward to the national menu.

The new dish was launched in both wagamama Cardiff locations and at the brand’s Noodle Lab restaurant on Dean Street, London.

“I have been a huge fan of Wagamama since I was a kid and it’s so good to see them really supporting the vegan movement. They are never afraid to innovate so this felt like a natural partnership. I was really excited about coming up with the idea of the “vegan egg” as egg features so heavily in Japanese cooking. My social media channels are called @avantgardevegan because I’m always looking to push the boundaries and try new things,” Oakley said.

“This is not so much a substitute for an egg but looks the part and has a similar consistency. Most importantly, it has an incredible flavour that compliments the dish perfectly”.

The Avant Gard’n will be available in all UK restaurants from May 15.

Sustainability initatives
The company recently announced it is replacing all black take-out plastic packaging with grey plastic as part of its larger sustainability plan. Seeking to address concerns how their black plastic is recyclable but undetected by optical scanners at UK recycling plants, the new move could potentially lead to 15.4 million pieces of plastic being "easily" recycled annually.

Wagamama has also decided to eliminate annually 2.7 million cardboard sleeves, used to indicate the contents of each bowl. 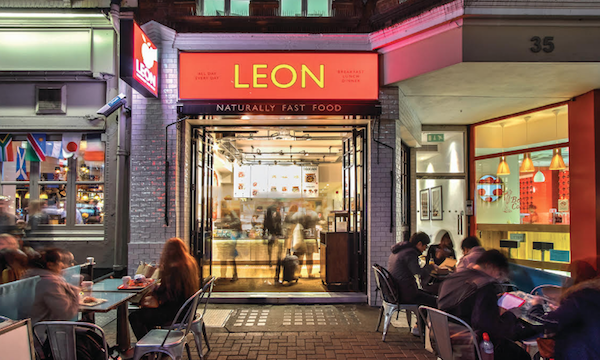