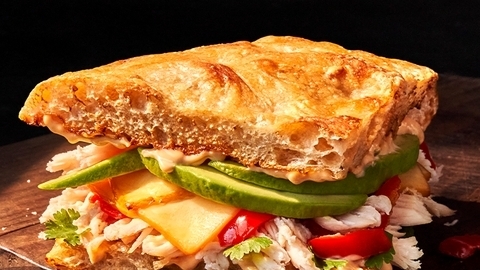 McDonald's said it has reached gender pay equity for employees at U.S. corporate stores. As Restaurant Dive reported, the fast food giant estimates it will close the pay gap at its corporate offices and international markets in 2022. Read more here.

An In-N-Out outlet in the U.S.. state of San Francisco temporarily closed for failing to enforce the city’s vaccine mandate. As reported by The Guardian, city officials made the move after the burger chain said it will not  force staff to check that customers were fully vaccinated before allowing them to dine-in. Read more here.

Buffalo Wild Wings is now trying a robot that can fry chicken wings, Nation’s Restaurant News reported. The first machine is being installed at the parent company’s Innovation Center in the U.S. state of Atlanta, whilst a second will be installed at their ghost kitchen center Allowance Kitchen where it will be tested and tweaked before making its way to a restaurant next year. Read more here.

Panera is aiming to become “climate positive” - removing more carbon from the atmosphere than it emits - by 2050. As Restaurant Business noted, the fast casual chain will also set several short-term targets to accomplish by 2025. Read more here.