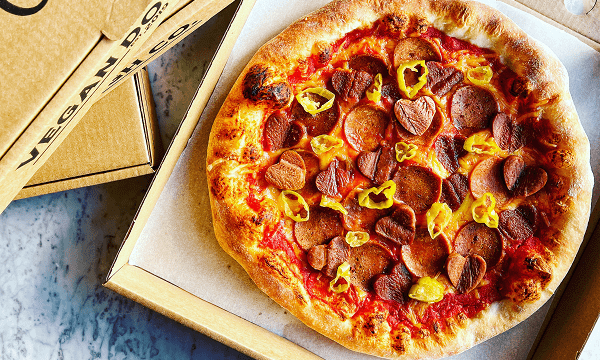 The item is also available on Deliveroo until 28 February.

Plant-based meat company THIS, has teamed up with Vegan Dough Co to launch a pizza topped with three vegan meats, including vegan bacon love hearts.

Called ‘The Animal’, the item features THIS Isn't Bacon shaped into love hearts, vegan chorizo, salami and mozzarella on a tomato sauce base topped with pepperoncini chilli peppers.

Customers can buy it for £14 and is available at Vegan Dough Co for collection at their London outlets in Tower Bridge and Oxford Circus, Norwich and Brighton branches and on Deliveroo until 28 February.

THIS Isn't Bacon love hearts will be served on pizzas for Valentine's Day only, the companies said.