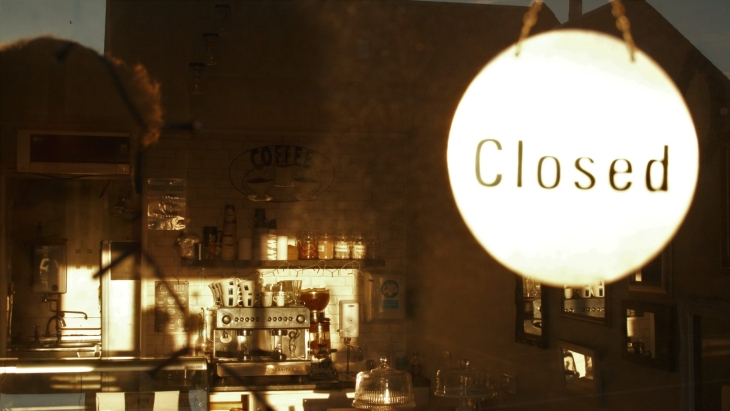 The number of licensed premises in Britain fell by nearly a thousand between July and September, according to the new Market Recovery Monitor from CGA and AlixPartners.

Of the 980 closures, or equivalent to around 16 a day, small businesses have borne the brunt, with independently run pubs, restaurants, bars and other licensed premises accounting for nearly three quarters of all closures during the period. This reduced the independent sector in size by 1%.

In contrast, the managed sector proved resilient over the summer, achieving growth in site numbers of just 0.1%.

Despite being able to trade from July, Britain’s number of nightclubs dipped by nearly 100 to just over 1,000 by September, a 9% drop in just two months.

Karl Chessell, CGA’s business unit director for hospitality operators and food, EMEA, said: “These numbers are a reminder - if it were needed - that the crisis in hospitality is far from over. Restrictions on socialising and trading may have eased, but their impacts continue to be felt by restaurants, pubs and bars whose reserves have been eaten up by months of closure. Factor in a crisis in recruitment, rising costs in many key areas and widespread supply issues, and it is clear that thousands of firms and jobs remain vulnerable.”

“Targeted government support on these major challenges—starting with more VAT relief—is needed to help to prevent hospitality’s recovery from stalling,” he added.

Graeme Smith, AlixPartners’ managing director, said: “These figures are a stark reminder, if needed, that the full lifting of restrictions in July did not signal an end to the challenges faced by hospitality businesses. The impact on nightclubs, which were unable to trade at all during the pandemic, has been particularly acute with almost one in 10 sites closing in the past two months.”