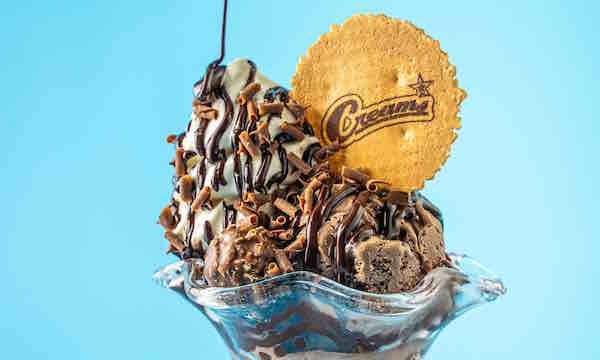 The openings are part of the brand’s plan to open 12 new UK stores over the next 12 months.

Creams Café is set to expand its portfolio with its first “kiosk” format store on London’s Old Street and a new restaurant in Morden this month.

The new 354 sq ft kiosk format is described as being based around functionality and speed. Opening on 19 August, the site will offer grab-and-go and delivery via Deliveroo, Uber Eats and Just Eat.

The Morden site, opening on 17 August is a 48-cover restaurant offering dine-in, delivery and takeaway and has interiors that feature the brand’s signature gelato counter, booth seating and urban skateboard theme.

Both Morden and Old Street will open with a giveaway offer of 5,000 free scoops of gelato alongside two-for-one on all gelato scoops during the first week of opening.

The two openings are part of Creams’ plans to open 12 new UK stores over the next 12 months whilst advancing its plans for international expansion. The brand currently has 90 stores.