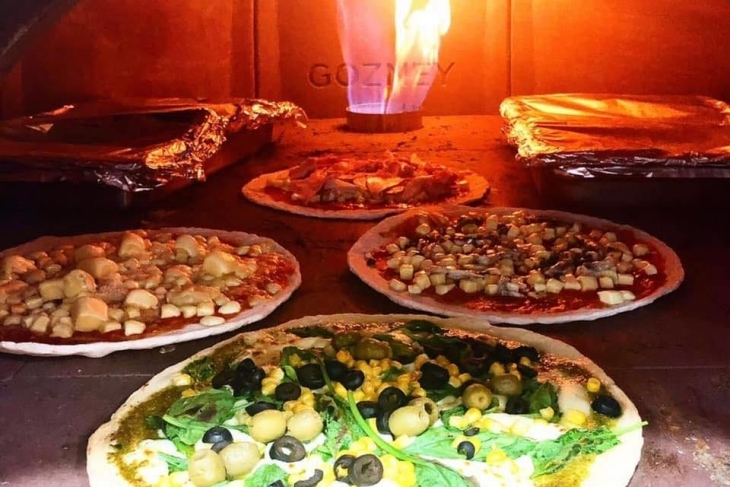 The company is also growing its roster of master franchise partners.

London-based pizza takeaway concept Fireaway is expecting to establish at least 100 outlets across the UK by the end of the year.

During the year, the company says it has been opening locations “at the whirlwind rate” of one a week from its 50-store network in January. The chain currently has over 80 outlets and has plans to reach its target by opening 25 new branches in the next 25 weeks.

Additionally, 20 franchise agreements have been signed and locations for them are being sought, the pizza firm said.

Master franchisees have come on board in Canada, France, Germany, The Netherlands,
Bangladesh, Pakistan and India, Fireaway added.

“It started with a new franchise opening every six months. A year later it was every three
months, then one a month and now it’s roughly one a week,” Fireaway founder and CEO Mario Aleppo said.

Since launching in south London in 2016, Aleppo says he wants to see several Fireaways in every city in the UK and believes in the concept’s potential for overseas expansion.

“We’re taking this very seriously,” he said. “So much so I have appointed my two younger
brothers to spearhead our efforts, with Luca managing our German operation and Fabio
overseeing The Netherlands.”

Fireaway
Expansion
Get QSRMedia UK in your inbox
Since you're here...