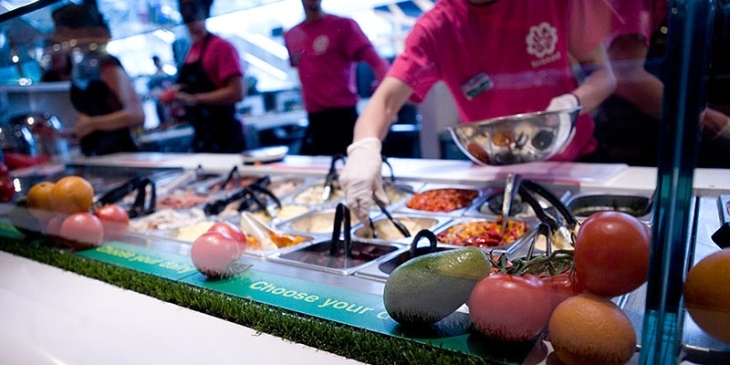 EXCLUSIVE: How Tossed is proving that cash(less) is king

In an increasingly competitive marketplace, chains are looking to streamline their operations to stay ahead. One QSR who has been successful at utilizing technology to do just that is Tossed, the customizable salad chain. We spoke with Neil Sebba, Finance Director of Tossed to find out how their investment is paying off.

QSR Media: How has Tossed been faring this past year?

We’ve been doing well. Our turnover increased 13.6% to £10 mill to the year ending March 31, and our margins were flat, which is a good result in this market.

QSR Media: What changes have you seen in-store since going cashless?

We’ve certainly been able to speed up the time it takes to process orders. 90% of our store team are now focused on processing orders as opposed to having them specifically dedicated to taking orders. This means that our capacity has expanded, as has our speed of service, something which our customers value.

QSR Media: Have you seen a change in what people are ordering having gone cashless?

Part of the effect of moving to the kiosk format is that we have been able to remove our grab-and-go offering, and move to a fully customizable menu. This has effectively meant that going cashless has ‘premiumised’ our offer. We see that customers don’t mind paying a little more for a fully customized product. We’ve also worked hard on our ordering interface, to make it simple and intuitive for customers to use, which is paying off.

QSR Media: Have you noticed any changes in ordering preferences post Brexit?

I think our cashless/kiosk ordering system has cushioned us from some of the negative impacts that might have been seen a result of Brexit headwinds.
I also think that eating out for lunch is a staple in London nowadays, which helps. We’ve also begun to focus on our breakfast offering which is delivering results.

QSR Media: How many of your stores are cashless now?

By the end of August, we’ll be cashless all over the state. The only exception will be our Westfield sites.

QSR Media: Have you lost any customers by going cashless?

Certainly, when you convert your stores, you always hear from people that don’t like change as it’s just human nature – so you’ll get a bit of noise. But, no, I don’t feel that we have lost any customers. Very few people come in to our stores and say, “Oh my gosh, I can only pay you cash”.

QSR Media: Moving on to headwinds. How do you see Brexit affecting your business- particularly in relation to attracting staff?

In terms of ultimate outcomes, I don’t think anybody has enough knowledge to make a judgement. But it terms of staff recruitment, it’s already becoming a challenge and I think the war is going to get worse. I don’t think it’s getting much press either which is not good, because we have an enormously valuable and vibrant workforce. If we lost this, and everybody lost their lunch, then maybe they’d take notice, but I don’t see much commentary on the risk of losing these workers, and I don’t see any commentary from Government about making sure it doesn’t happen.

QSR Media: And what about food price inflation?

We see price rises around the industry already and it’s going to be tough. We’ve been working hard on simplifying our menu and bringing some of our food production in-house to avoid increasing our prices, but as an industry we’ve faced the double whammy of food price inflation due to sterling’s weakness and the huge hike in rates. You have to be running reasonably hard to keep pace with it all, and investment in technology is one way we’ve found helps.

QSR Media: Are there plans for growth this year?

We’ve been careful so far as we want to bed in our technology changes first. We’re not under pressure to run hard either, so we’d rather take a more cautious approach to new store openings. That being said, we’re also becoming more confident with what we do.

QSR Media: What about plans beyond London?

I think that would be fun, but we’re a little bit cautious at the moment.