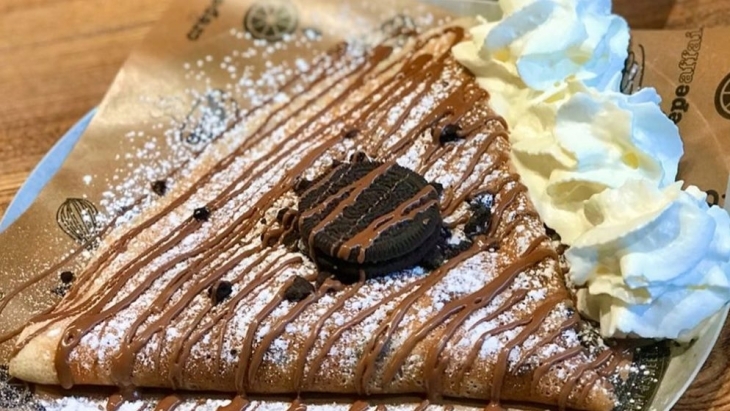 The London-based company currently has 25 locations open in four countries in Europe and the Middle East.

Fast casual crepe café group CrepeAffaire announced plans to open up to 50 new franchised stores over the next two to three years across its namesake and Crepe & Roll brands.

Founder Daniel Spinath said the company is on track to open up to 10 UK franchised sites and expand its international portfolio by 10 additional units by the end of 2022, with new territories “under development.”

The London-based company currently has 25 locations open in four countries in Europe and the Middle East.

“The brand’s sweet and savoury crepe menu is highly relevant and versatile, with delicious and wholesome meal and snack options including vegan choices, attracting an all-day following. Combined with our top-notch coffees and juices, CrepeAffaire offers a mouthwatering and popular product range that appeals to an ever-growing fan base from 8 to 88,” Spinath said in a statement.

“In a crowded market, we’ve built a reputation as a unique “Coffee Plus” concept with huge family appeal. The units are easy to operate and lend themselves to multi-channel exploitation, including ecommerce. On the whole, there’s plenty of scope for growth and we’ve earmarked numerous locations for prime franchise operations,” Spinath said in a statement.

CrepeAffaire recently re-opened its London Luton Airport store with The Restaurant Group. This month, they will open our first unit in Oxford Summertown in conjunction with a major hotel development.

Overseas, its Saudi partners Fawaz Al Hokair opened 5 new CrepeAffaire units over the last 12 months and are now on track to open an additional 8 units by Q3 2022.