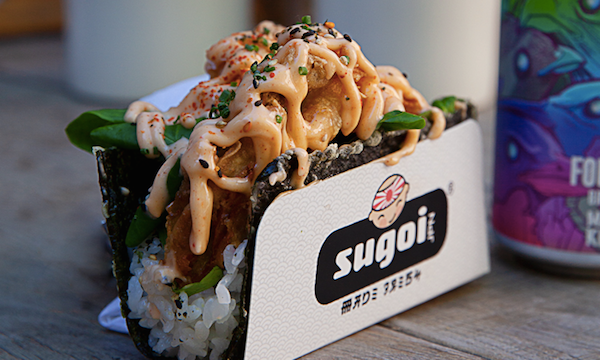 Plans to expand outside of the UK are in the works.

Sugoi JPN, the street food brand known for its NoriTacos, has kickstarted a franchise expansion initiative, planning to establish 10 sites in 12 months.

Their first franchised site launched in South Wimbledon last 6 August. The second is set to open in Palmers Green on Thursday 27th August.

Sugoi JPN was initially based out of a small dark kitchen under a railway arch in Bethnal Green, and catering to a local pub via a food truck. It recently secured partnerships with The Bench and The Hospitality Portal to grow the business with multiple sites across London, with plans to expand outside of the UK in the future.