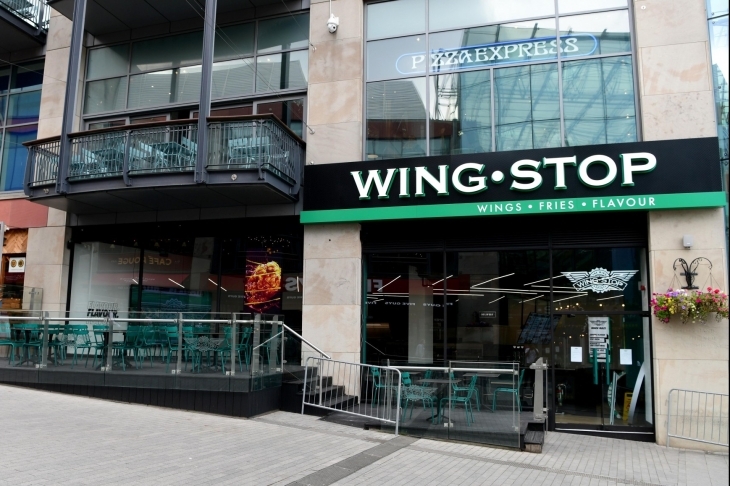 Its UK operator Lemon Pepper Holdings opened its first restaurant in London and has since expanded to a variety of locations.

Wingstop has officially opened its first physical restaurant in the Midlands at its flagship destination in Bullring.

The fast casual chicken chain’s 2,570 sq ft restaurant caters to 120 covers, and offers its classic wings, boneless wings, and tenders, all with the choice of ten distinct sauces.

“We are thrilled to be part of Birmingham Bullring and expanding on our presence in Birmingham City Centre. We are looking forward to customers trying our menu and sampling the limited edition ranges,” said Tom Grogan, director of Lemon Pepper Holdings, the UK operator of Wingstop.

In May, Wingstop became a minority investor in Lemon Pepper Holdings, which previously entered into a 100-restaurant agreement with the chain in 2017 as the sole operator in the country.

Wingstop
Openings
Get QSRMedia UK in your inbox
Since you're here...