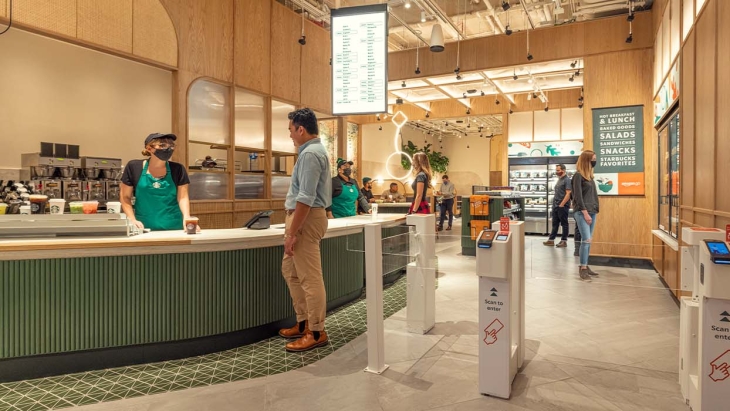 Restaurant Brands International announced it bought Firehouse Subs for US$1 billion, now the fourth brand in its portfolio. As reported by CNBC, the newly-acquired chain has roughly 1,200 locations across the U.S. and expects US$1.1 billion in systemwide sales for 2021. Read more here.

Sweetgreen said it raised US$364 million in an initial public offering, priced above a marketed range. As reported by Bloomberg, the company sold 13 million shares Wednesday for US$28 each. Read more here.

Starbucks has partnered with Amazon Go in the U.S. to launch a new concept store in New York City, integrating the retail giant’s cashierless technology. As reported by CNN, the companies plan to open at least two more locations together over the next year. Read more here.

Chipotle has produced a new animated short film game aimed to support the next generation of farmers. As reported by Nation’s Restaurant News, the short film, called “A Future Begins”, is an ode to the small family farmer trying to cope with a changing climate. Read more here.

McDonald’s announced a pair of deals with two of its largest providers, DoorDash and Uber Eats, which will see the chain integrate delivery into its mobile app through the providers’ “white label” services. As reported by Restaurant Business, digital sales have totaled US$13 billion in total sales year-to-date in the company’s six largest markets, accounting for 20% of the company’s business. Read more here.