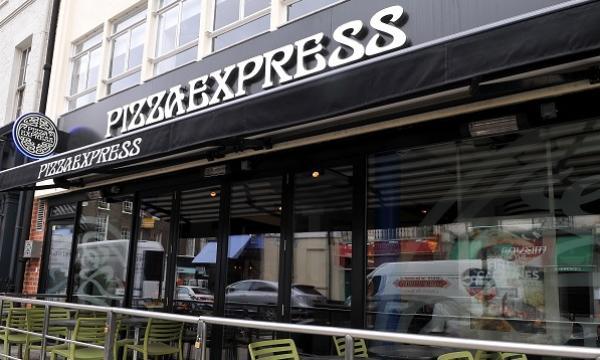 It leaves the group with around 375 UK restaurants.

PizzaExpress has exited an additional 23 UK sites, with talks at a number of other locations ongoing.

Latest accounts published by the company explain that break rights inserted into the lease agreements that were compromised by the company voluntary agreement (CVA) gave landlords the opportunity to terminate leases.

The said 23 sites have been returned to landlords, leaving the group with around 375 UK restaurants.

The group had already closed 74 sites due to the CVA approved by creditors​​ in September last year, part of a major ​​recapitalisation and restructuring​​ that also saw the business deleverage its debts, provide new liquidity and divest its mainland China business.

Approximately 2,400 roles across PizzaExpress' UK business were made redundant during 2020.

PizzaExpress is now assuming sales to be 40% lower throughout 2021 with a slow recovery assumed in 2022. This includes the closure of all restaurants in a third national lockdown, although the forecast was just for four weeks in February.

Another “severe but plausible” scenario drawn up by the group assumes further sales reductions of 15%-20% in 2022 when compared to the base case, where additional funding would be required. In this case, the group would need to reduce capex plans, draw down on the £20 new funding facility; and take the option to capitalise interest, or ‘pay in kind’, rather than in cash, with respect to approximately £249 million of new debt in place post-restructure.

Asked for a comment on the recent closures, a PizzaExpress spokesperson issued the following statement: “We took a number of actions in 2020 to significantly strengthen PizzaExpress for the future. This included a CVA in September 2020, which sadly resulted in some restaurant closures. Discussions with landlords are now complete, and we look forward to ongoing future partnerships as the market returns to growth.”

“The recapitalisation of the company in November now gives us a very strong balance sheet, and alongside our more than 360 restaurants that are well placed to serve communities and neighbourhoods across the UK and Ireland, we are actively looking to expand the estate. We also have access to further shareholder funds and so are very well positioned to grow our position as a leader in the casual dining market in 2021 and beyond,” the statement added.

In a separate release, PizzaExpress announced the appointment of Jo Bennett as Chief Business Officer, and Shadi Halliwell as Chief Customer Officer.