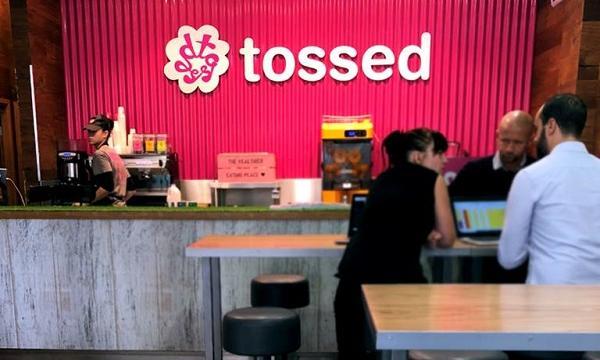 Tossed bought out from administration by former directors

All of the chain’s staff were made redundant prior to the acquisition.

Tossed has been acquired out of administration by two of its former directors.

Zest Food, which operated the Tossed and Vital Ingredient brands, was placed into administration and all staff were made redundant following an unsuccessful trial reopening period in June.

A soft launch is being planned at the Clerkenwell store with further stores expected to open in the coming weeks, including a delivery kitchen at Foodstars Battersea.

BNW is also in discussions to secure several more stores and expects to create at least 50 new jobs in central London by the end of September.

"The last six months have been impossible for food service in London, and to see Zest go into administration in July was extremely difficult for everyone concerned,” Sebba said.

"Angelina and I are delighted to be given the opportunity to save this wonderful brand, and hope to create at least 50 new jobs in the coming weeks. We are thrilled that Londoners will still be able to get their Tossed fix, either in person, when they return to their offices, or on delivery.”

Simon Bonney, managing director at Quantuma, added: "With such a tough trading environment in London, it's great to have delivered a successful outcome in conjunction with a strong management team, and to have secured a future for the brand in these difficult times."