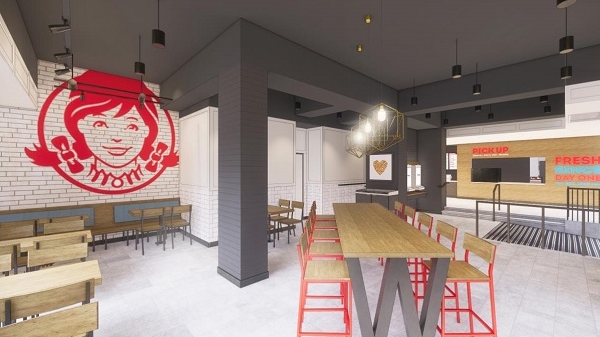 It reported  'extremely strong sales' across its fledgling UK estate.

Wendy’s is on track to have 10 locations open by the end of the year, saying it is “extremely excited” about the consumer response to its UK comeback.

"Our expansion into Europe through the UK continues to accelerate as we’ve opened several restaurants since the second quarter," Penegor said.

"We’re seeing extremely strong sales across all of our UK restaurants as customers are thrilled to have Wendy’s in the market, making us even more excited about our growth opportunity."

Wendy's, which has previously attempted to establish a UK presence, intends to become a major player in the country with a plan to open up to 400 sites​​. Its first UK restaurant since returning was the one in Reading back in June​​, and has since followed that with sites in Oxford, London's Stratford and in Croydon​​.

Further sites in Brighton, Romford and Camden are set to open and recently secured its first UK drive-thru site in Colchester, Essex.

"We’ve now opened several [sites] in the UK since the second quarter, and we are in the process of bringing additional franchise partners into the family in the near future, which we are extremely excited about. We anticipate having 10 [sites] opened by the end of the year, which is incredible given that we just opened our first location in June,” added Penegor.