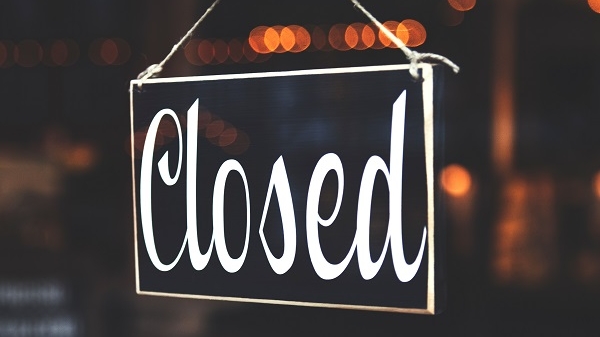 A new update from accountancy group UHY Hacker Young revealed 296 UK restaurants calling for its last orders between July and September, up from 226 between April and June.

After being closed for much of last year, restaurants had to suddenly increase expenditure on bringing staff back from furlough, restocking inventories, and repaying loans. However, sales have not recovered quickly enough to mitigate the costs.

This, the group said, has caused a cash-flow crisis which may have tipped some over the edge into insolvency.

The restaurant sector has also been highly reliant on the government’s Covid-19 support schemes to stay afloat during the past 20 months. UHY Hacker Young noted that sector can no longer depend on emergency support, which has mostly tapered or concluded this winter.

Both the furlough scheme and a ban on winding-up petitions came to an end at the end of September, the latter of which prevented creditors from taking legal action against companies that owe them money.

“The restaurant sector is still trying to get back up on its feet, whilst dealing with the huge burden of costs such as CBILS and BBLS repayments. There’s a risk a wave of insolvencies is waiting to happen if they don’t receive further support from the government,” Peter Kubik, partner at UHY Hacker, said.