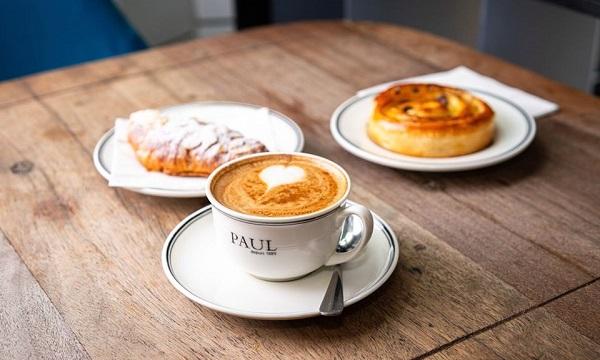 How PAUL aims to become a national player

CEO Mark Hilton eyes to open at least five company-owned stores in the UK in 2020.

PAUL UK plans to introduce more store formats as the French bakery chain continues to explore expansion across the UK in a bid to become a “national player.”

Motivated by growth opportunities, newly-minted PAUL UK CEO Mark Hilton spoke with QSR Media about his plans to “ramp up” their growth at an historically-faster rate.

There are currently 37 PAUL restaurants in the UK, the majority of which are in London, and the group plans to open further company owned stores in 2020, the first of which is expected to be in London next April.

However, the ambition doesn’t end there, with plans to bring in a number of franchisees to see PAUL grow “sensibly but significantly” over the coming years.

Hilton revealed that the PAUL Express format will be a key driver to their growth, while their strength at breakfast and lunch also offers up new opportunities to diversify store formats outside of London with ideas touted including a PAUL cafe.

Innovating in restaurant formats
Increasing rates, labour shortages, staff recruitment, and the rise of aggregators are some of the challenges which Hilton pointed to as being behind the industry wide trend to innovate store formats.

“I think different brands are looking at the options to see how they can produce a consumer proposition that deals with those challenges and consequently people are trying new things to adapt to the marketplace.”

He added that consumer expectations also drive the demand for innovation. “Businesses are having to think very carefully and creatively and really define their proposition to differentiate themselves from other players… Consumers are demanding ease of access and are placing more emphasis on quality ingredients and healthy food. I think the businesses that will survive are those that have some adaptability in the consumer proposition that they offer.”

PAUL UK is meeting these demands by not only looking at differing store formats but also by super charging their new product development with plans to introduce new products with innovative flavours”.

Having worked in franchising for 25 years, Hilton sees that PAUL Express, the chain’s grab-and-go concept, works well with franchisees due to its smaller footprint, reasonable investment and simpler operation.

In growing as a brand, the chief executive underscores the need to engage both with their customers and their staff.